Jeune Board meets in Bucharest 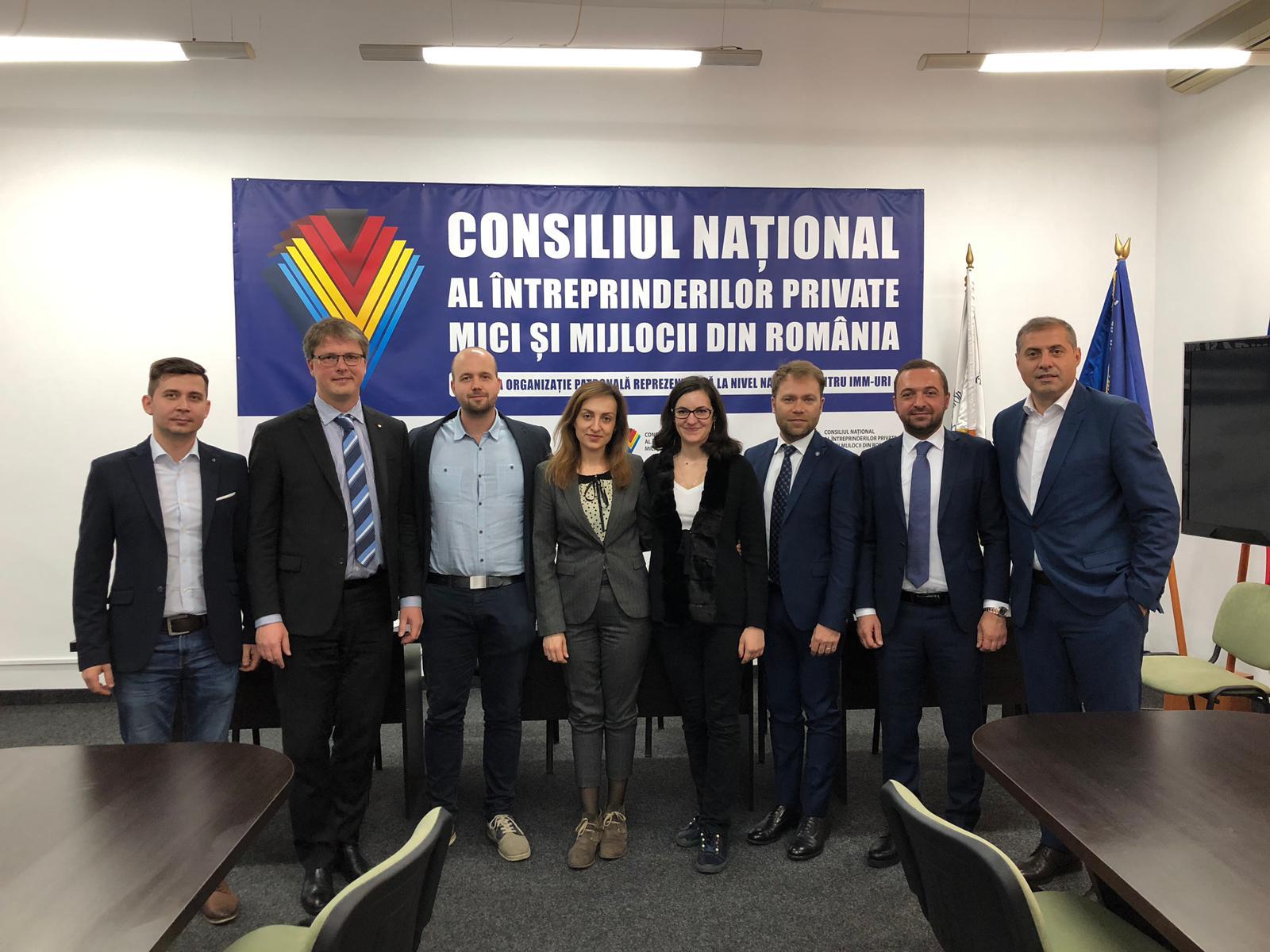 Jeune Administrative Council and General Assembly gathered at CNIPMMR headquarters in Bucharest to programme the activities of the organisation. Attendees discussed about issues regarding the development of the organisation and the role of the various organisations in view of the European elections of May 25-26, 2019. The main concerns regarded the need of a solid growth in the European economy and how this growth can be possible only in a politically stable environment that is, however, not expected in the next European Parliament.

After the President’s notices about current projects, the organisation Jovenes Emprendedores de Tenerife applied for membership. Thanks to this organisation, Jeune can broaden its strategic area in view of increasing the economic relations with the Spanish-speaking Countries of both Europe and South America. The activities carried out last year by Jeune resulted in a significant visibility of our organisation, which has been attracting new organisations that will further increase our representativeness among women’s entrepreneurs in the next future.

The Board addressed and commented on the topics that were dealt with at the European Entrepreneurship Forum and confirmed its willingness to go on with the path towards SME United membership and to collaborate with the EESC for the aspects related to young entrepreneurs in Europe. Moreover, the Board stated that the points of the Declaration of Bucharest must be at the centre of the political agenda of the next seven years’ period and declared to support its principles.

Members were updated on the status of the expenditure reporting regarding the Erasmus+ project ended in 2018 and on the application for support for 2019, the outcome of which is still awaited. Anyway, the presidency is now developing the previously planned activities and adapting the schedule of the next meetings to the needs and availability of its members. The Board then planned the next meeting in Zagreb, where an agreement will be signed by various youth organisations of the Balkan area for the cooperation and growth of young entrepreneurs’ associations.