After a long work for making it possible, Jeune held a meeting at the European Parliament for the creation of a strong alliance with AUYE organization representing young entrepreneurs from 26 African Countries.

Thanks to the MEP Mr. Marco Zullo, who hosted the meeting, the President of Jeune Mr. Andrea Gelfi and the Vice-president of AUYE Mr. Deliali D.K Anyigbah had the chance to address the main issues about the state of the art of young entrepreneurship on the coasts of the Mediterranean and to debate about the policies adopted by their organisations to foster young entrepreneurs’ growth. A valuable exchange of information made the attendees understand the African and European dynamics and the possible advantages deriving from a cooperation between the two organisations.

The MEP Marco Zullo delved into the view of the European Union on the work done so far by UE institutions and underlined the importance of giving continuity and even greater impulse to European investments in Africa. Nowadays, Europe is the first trading partner in the African economy, since it is the only one that can guarantee continuity. The European interests of an economically more developed Africa are clear and the positive impacts of its economic growth are an objective Europe must aim to with increasing commitment, particularly for the positive implications on African society.

An alliance between Jeune e AUYE was therefore approved in the presence of the Jeune board. The Vice-presidents Patrik Kovacs, leader of the Global Committee, and Joaquin Boston welcomed this important step made by Jeune, which highlights the fundamental role of our organisation in the political and economic panorama of the European Union. 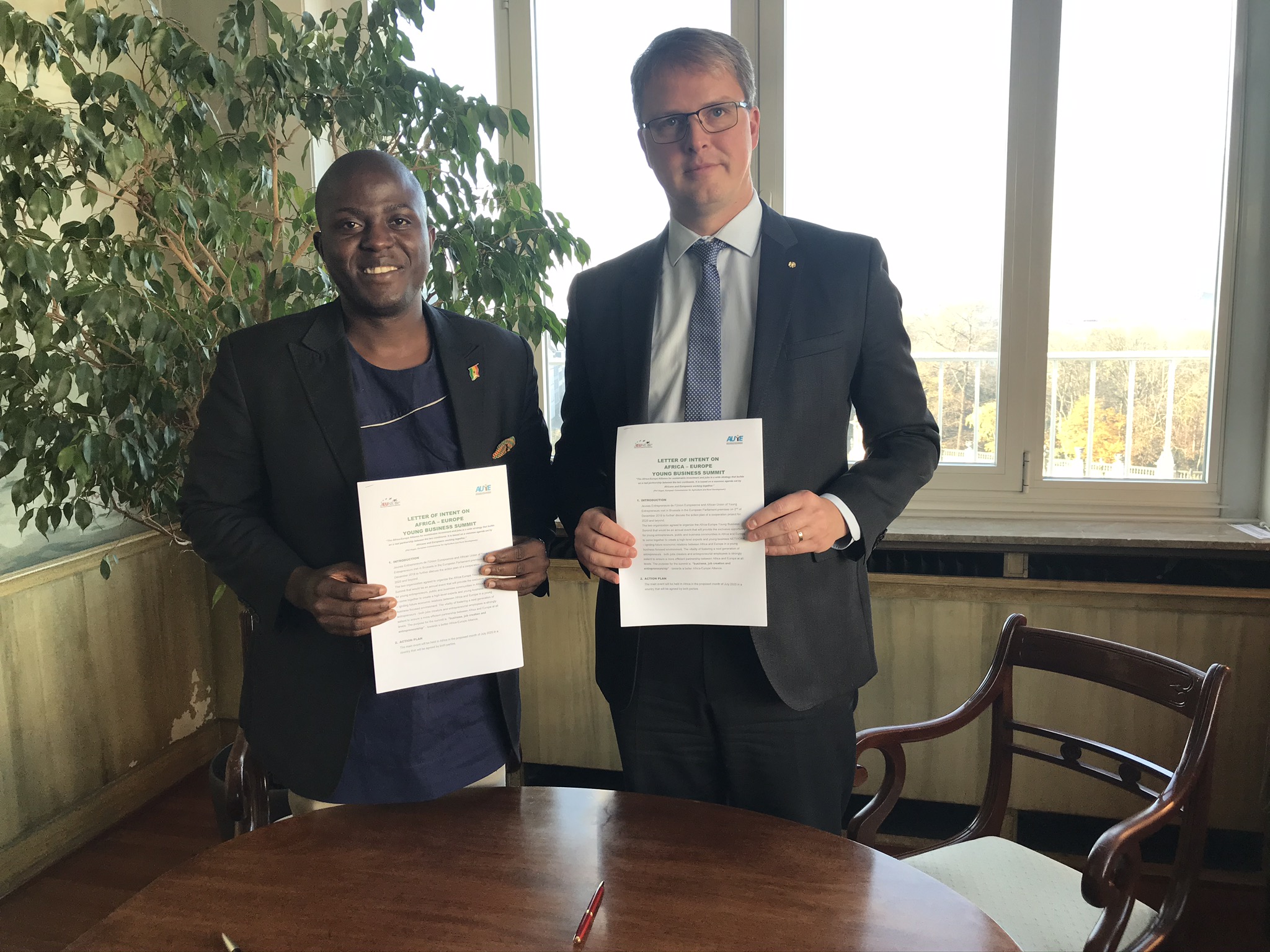