JEUNE > Events > Covid-19: Young Entrepreneurs among the Most Exposed to Economic Contagion

The Covid-19 influenza started in China and reached Europe a few weeks ago, where it has been spreading ever since, affecting particularly the vulnerable segments of the society – the elderly. The scale of the contagion is still not clear, so as it is not clear if the control measures adopted by some Countries such as Italy will manage to limit the diffusion of the disease. However, the different reactions of member States do not adhere to any common course of action and this could prove a mistake with serious consequences on the health of the population.

In this scenario, the European economy could be the most exposed to the effects of the disease and young entrepreneurs would be most affected by the stop in economic activity – which is generally seen as the only possible solution in response to the virus. In this moment, the US – as well as other global economies – do not seem to be oriented at pursuing a social distancing policy, so production and service activities are continuing. In Europe, on the other hand, adopting this policy is a highly probable response. This disparity would certainly damage the European Union, so the European institutions should be ready to cope with it by means of adequate and common monetary and economic strategies.

We think that the European institutions – especially the European Commission –, the European Parliament and the European Central Bank must make an exceptional effort to tackle a possibly unprecedented social and economic impact by adopting all the necessary policies to support the most affected Countries and their enterprises. Of course, we will overcome this epidemic. However, the time factor is still unknown, so we cannot estimate the actual damages of the disease. If we are not able to act as one, with the awareness that this problem concerns Europe as a whole – and not only its single member States –, the Covid-19 contagion could spread further until it reaches the roots of the United Europe project we profoundly believe in as young entrepreneurs. 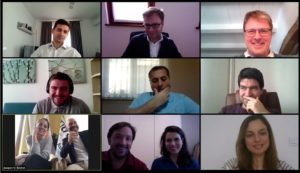 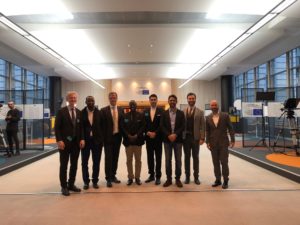