Young Entrepreneurs’ Day at the European Parliament and General Assembly

On April 24, 2017, the General Assembly and the event of Young Entrepreneurs’ Day took place in Brussels, Belgium. On the members’ meeting, JEUNE had the pleasure to introduce its new members together with their representatives; Mr Alberto Calvarho Neto President of Federaçao Sino PLPE in Portugal and the Managing Director of the Global Entrepreneurs Week in the United Kingdom. During the meeting, there were many interesting proposals and ideas from the members and the Advisory Board for future projects about entrepreneurship and expanding JEUNE network.

After the General Assembly, the Young Entrepreneurs’ Day took place at the European Parliament. JEUNE President Mr Patrik Kovacs attended the event as a speaker at the plenary session on the problem of the young entrepreneurs together with JEUNE Former President and current member of the Advisory Board Mr Florin Jianu. Furthermore,  Mr Jakub Lajmon from Young Association of Young Entrepreneurs of Slovakia and Mr Ewan Gaffney from GEN UK participate on the plenary session on the main directive lines to be followed and iniatives to launch in order to support the entrepreneurship and young people.

The Young Entrepreneurs’ Day is co-financed by the European Union in the frame of the European Parliament’s grant programme in the field of Communication. The main objective is to promote the European’s Parliament identity, role and political nature as the only democratically elected European institution, but also generate an active debate on the topic of entrepreneurship between different stakeholders.

The 50 young entrepreneurs from Romania and other 18 Member stated participated in the event. The topics of the discussions concerned the actual and future policies and programs on entrepreneurship. All the participants were invited to raise problems on the topic and made proposals on a better framework for economic development. Thus, new policies were generated from the debate with the feedback that the real entrepreneurs offered to the MEPs. 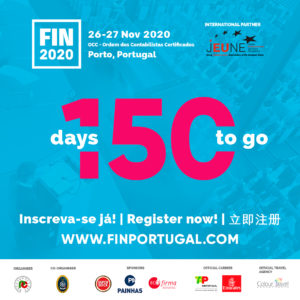